3 Ways You Can Be Prepared in the Event of Cancer, Heart Attack or Stroke

3 Ways You Can Be Prepared in the Event of Cancer, Heart Attack or Stroke

Modern medicine has become almost something of science fiction. The cures we enjoy today for major and critical illness were things of dreams just 30, 20 and 10 years ago, in some cases. Cancer is no longer a guaranteed death sentence, and stroke survivors are living more productive lives. People are living longer regardless of critical illness.

A good example is the contrast in deaths between the Vietnam War and both the Afghan and Iraqi Wars. In Vietnam, America lost 58,220 soldiers, Marines, airmen and sailors. Contrast that with two wars combined, Afghanistan and Iraq, with the total dead being 6,951 – approximately 12% of Vietnam. While trying to equate the sacrifices of our brave military who are intentionally in harms way with cancer, stroke, heart attacks or any other chronic illness is not a fair comparison, the reality is that medical advances are mind blowing compared to the end of the last century.

The Financial Cost of Critical Illness

However, one thing doesn’t change, the financial cost. With medical advances comes expensive procedures and medicines. Moreover, the loss of income. If one isn’t well prepared to weather the time to recover, which can take months to years before one can start living normally again, it can devastate a family’s finances.

According to Cancer Facts & Figures (2019), 1 in 3 men and women will get some form of cancer. According to the American Heart Association, Heart Disease and Stroke Statistics (2019), every 40 seconds an American will have either a heart attack or stroke.

From the time chemo starts until a person can live actively again could be over a year. According to Mayo Clinic, a stroke survivor can see rapid improvement in weeks to months, but best case scenario when someone can start living as normally as possible is 12 to 18 months or longer, depending on rehab team and how soon one got started. In the meantime, how do you absorb the cost of living, medical and non-medical expenses without an income?

Let’s say you want to save $50,000 in the event you have a catastrophic incident, but all you can afford to save is $100 a month. It would take 41 ½ years to do so, with no interest. If you could earn 3% interest, to stay with inflation, it would take you 27 years.

If you were to have a stroke, heart attack or get cancer before those 27 or 41 years, it could devastate you.

Let’s take it one step further. He or she tells you, “And if you die before you get sick (heart attack, car accident, etc.), I will give your family back the money you gave me, since I didn’t have to give you $50,000, and I’ll put it in writing.” Would you do it then?

That’s what critical illness, cancer or heart attack and stroke insurance does for you.

Subscribe to our newsletter and get the FREE Medical Information document for streamlined emergencies or hospitalization. A MUST HAVE FOR CARETAKERS! Don’t let changes take you by surprise! Stay in the know.

Critical illness insurance is designed as living insurance (you don’t have to die to get paid). It was created to provide you with the money you need in the event of critical illness, so you can replace your income while being treated and getting well.

The way it works is there are three different policies you can choose from:

If you are more concerned with cancer or a heart attack or stroke, the narrowness of the policy makes it more affordable. If you are worried about both, for an additional fee, it will cover all three. However, if you want total protection, then the critical illness policy is the best choice.

You choose the amount of coverage you want, from $10,000 to $100,000, and whether you want it as Term or lifetime coverage. Term is less expensive because it can expire.

Then, if you are diagnosed with any of the covered illnesses, all you require is a written diagnosis sent to the insurance company by your doctor, and they pay you lump-sum the face value of your policy. This money is paid directly to you, not your doctor or medical facility, for you to use as you see fit. Oh, one more thing. If you are blessed with good health, when you die, since the policy was not used, 100% of your premiums are returned to your beneficiary.

So, have peace of mind and know you are protected. After all, you being protected means your loved ones and family are protected. Find out more about Critical Illness, Cancer or Heart Attack/Stroke insurance. Having the numbers require no obligation, but having options is priceless (don’t tell MasterCard).

Eddie Velez is a former combat infantry Marine, and a Florida licensed insurance agent, specializing in Medicare Advantage and life insurance. With over 15 years serving seniors in a ministerial position, and with healthcare through Care Entrée, and now with 5-star rated plans with Cigna, CarePlus, Aetna and Humana (coming soon, UnitedHealthcare), plus Mutual of Omaha for life, Eddie is patient, caring and will get you the most benefits at the highest savings possible.

Get the Most from Your Medicare Advantage Plan: 2 Documents You Must Read

Enrolling in Part B After Turning 65? 2 Things You Must Know: Especially Veterans

Check Out Our Rewards Program 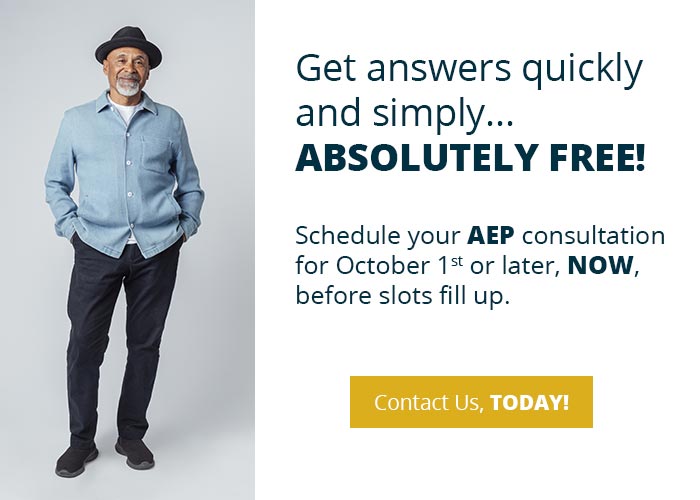 Epilepsy Safe Mode
Dampens color and removes blinks
This mode enables people with epilepsy to use the website safely by eliminating the risk of seizures that result from flashing or blinking animations and risky color combinations.
Visually Impaired Mode
Improves website's visuals
This mode adjusts the website for the convenience of users with visual impairments such as Degrading Eyesight, Tunnel Vision, Cataract, Glaucoma, and others.
Cognitive Disability Mode
Helps to focus on specific content
This mode provides different assistive options to help users with cognitive impairments such as Dyslexia, Autism, CVA, and others, to focus on the essential elements of the website more easily.
ADHD Friendly Mode
Reduces distractions and improve focus
This mode helps users with ADHD and Neurodevelopmental disorders to read, browse, and focus on the main website elements more easily while significantly reducing distractions.
Blindness Mode
Allows using the site with your screen-reader
This mode configures the website to be compatible with screen-readers such as JAWS, NVDA, VoiceOver, and TalkBack. A screen-reader is software for blind users that is installed on a computer and smartphone, and websites must be compatible with it.

We firmly believe that the internet should be available and accessible to anyone, and are committed to providing a website that is accessible to the widest possible audience, regardless of circumstance and ability. To fulfill this, we aim to adhere as strictly as possible to the World Wide Web Consortium’s (W3C) Web Content Accessibility Guidelines 2.1 (WCAG 2.1) at the AA level. These guidelines explain how to make web content accessible to people with a wide array of disabilities. Complying with those guidelines helps us ensure that the website is accessible to all people: blind people, people with motor impairments, visual impairment, cognitive disabilities, and more. This website utilizes various technologies that are meant to make it as accessible as possible at all times. We utilize an accessibility interface that allows persons with specific disabilities to adjust the website’s UI (user interface) and design it to their personal needs. Additionally, the website utilizes an AI-based application that runs in the background and optimizes its accessibility level constantly. This application remediates the website’s HTML, adapts Its functionality and behavior for screen-readers used by the blind users, and for keyboard functions used by individuals with motor impairments. If you’ve found a malfunction or have ideas for improvement, we’ll be happy to hear from you. You can reach out to the website’s operators by using the following email eddie@yourcarerep.com

Our website implements the ARIA attributes (Accessible Rich Internet Applications) technique, alongside various different behavioral changes, to ensure blind users visiting with screen-readers are able to read, comprehend, and enjoy the website’s functions. As soon as a user with a screen-reader enters your site, they immediately receive a prompt to enter the Screen-Reader Profile so they can browse and operate your site effectively. Here’s how our website covers some of the most important screen-reader requirements, alongside console screenshots of code examples:

We aim to support the widest array of browsers and assistive technologies as possible, so our users can choose the best fitting tools for them, with as few limitations as possible. Therefore, we have worked very hard to be able to support all major systems that comprise over 95% of the user market share including Google Chrome, Mozilla Firefox, Apple Safari, Opera and Microsoft Edge, JAWS and NVDA (screen readers), both for Windows and for MAC users.

Despite our very best efforts to allow anybody to adjust the website to their needs, there may still be pages or sections that are not fully accessible, are in the process of becoming accessible, or are lacking an adequate technological solution to make them accessible. Still, we are continually improving our accessibility, adding, updating and improving its options and features, and developing and adopting new technologies. All this is meant to reach the optimal level of accessibility, following technological advancements. For any assistance, please reach out to eddie@yourcarerep.com